I think I am suffering with a great case of crafter’s block, which I am going to define as suffering with the desire to make all the things, having lots of ideas, but no ability to actually execute any of this. 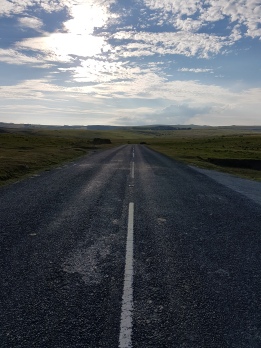 Feeling like I’m suffering with the crafting equivalent of writer’s block is even more frustrating when I have a few exciting projects on the go, some interesting supplies to give whole new techniques and feel like I have no excuse to not just get on with finishing up a few works in progress and learning some more things. It’s not even that I’m not making anything at the moment but that even the simplest of things, like threading a needle, seems to require some gargantuan amount of concentration.

I think for the first time in my life I’m starting to understand why people enjoy hand quilting and sewing. It seems that my skill levels are capped at some badly-tensioned running stitch! Still, keeping trying to make progress seems like a great idea, until I realise some inconvenient number of stitches later that I’ve made a mistake and there’s a whole lot of frogging to be done. Argh. Argh. Arrrrgh.

It’s got to the point where I dare not touch some of my more complex pieces, particularly anything embroidery related, because while crochet is easy to frog, there is nothing worse than trying to rip out sections of embroidery stitches without destroying a few additional areas or, with the way things seem to be going at the moment, probably a whole section of the fabric in some atrocious, irreparable way! 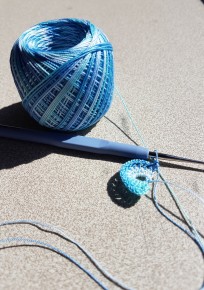 I’ve been travelling a lot again lately, so I’ve been amassing the project bags and small, portable pieces along with frustrations at airlines who seem to be taking their inspiration from the British rail system in terms of reliability, convenience and customer relations. The stubborn person in me wants to keep trying so I’ve tried to downscale the size and difficult of what I’ve been working on to see if that would trick my brain into escaping the cycle of frustration.

A friend was getting married recently and I wanted to give a little handmade something just as a small gift. I don’t really like making things to deadlines unless I have a project that happens to be finishing at a fortuitous time so I set aside any thoughts of recreating the Bayeux Tapestry and tried to find a small project.

I’d come across this gorgeous Filigree Bookmark on Ravelry which I thought would be a perfect compromise. Cute pattern, portable and lace crochet. Unfortunately, I think I had a new pattern philosophy. Don’t try and make patterns you don’t know for deadlines or mobile projects just as trialling a new recipe at an already stressful dinner party on your unsuspecting guests is probably not the best idea. The chubby clusters just wouldn’t look right, so I decided to play it safe with my favourite Fan Bookmark pattern.

This is Olympus #40 M14 and I think this is the second time I’ve used it for this pattern with a size 1.0 mm hook. It might not have been what I wanted to make but there’s a little bit of magic about this combination of pattern and thread.

I think in my case the culprit for my crafter’s block is obvious. I’ve been working very silly hours, with lots of deadlines, stress and general palaver at work to the point where it’s the place where I spent nearly the entirely of my waking time. I really, really love what I do but sometimes it does become exhausting and I’ve probably found myself pondering the career possibilities as a llama keeper in Peru just a bit too often. 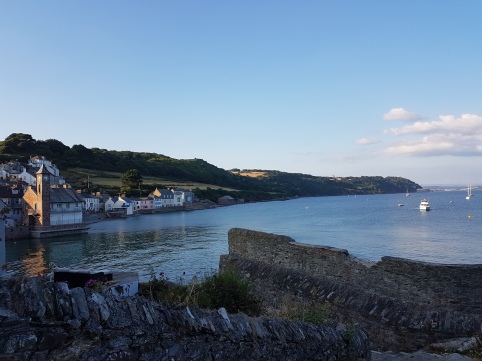 Having crafter’s block at a time like this sucks as doing something creative is often what I need to refresh my brain to do my actual work and it would be great if, in the few minutes I can try and squeeze in here and there, I wouldn’t be sending project progress backwards by adding mistakes or doing things badly.

The idea of things ever settling down or being quiet at work is a complete pipe dream but hopefully I can get everything more under control again so I can feel a bit more human. For the mean time though, it’s simple projects for me and just accepting that things will just have to keep moving one little tiny piece at a time.