I’m going to be participating in Spinzilla this year, which is a global event where the sole goal is to spin as much yarn as possible. Of course there’s plenty of silly events to be enjoyed too, like photo challenges, and the general, good social atmosphere to be enjoyed with these big events. Spinzilla will be running 3 – 9th October this year and registration is still open until the end of September if you want to join in!

I very much doubt I’ll be winning any competitions for most spun but I thought it’d be good to get a bit of practice in before the start of Spinzilla. Plus, this poor silk top has been sat, half-spun, for far too long. I’ve even got a pattern picked and needles prepped for the final yarn…

Originally, this was supposed to be an emerald green top, with hints of black. It did a wonderful job of resembling seaweed, with the accompanying stench of soggy silk, while I was dyeing it but when it dried, there was a rather more dramatic colour change than I was expecting. 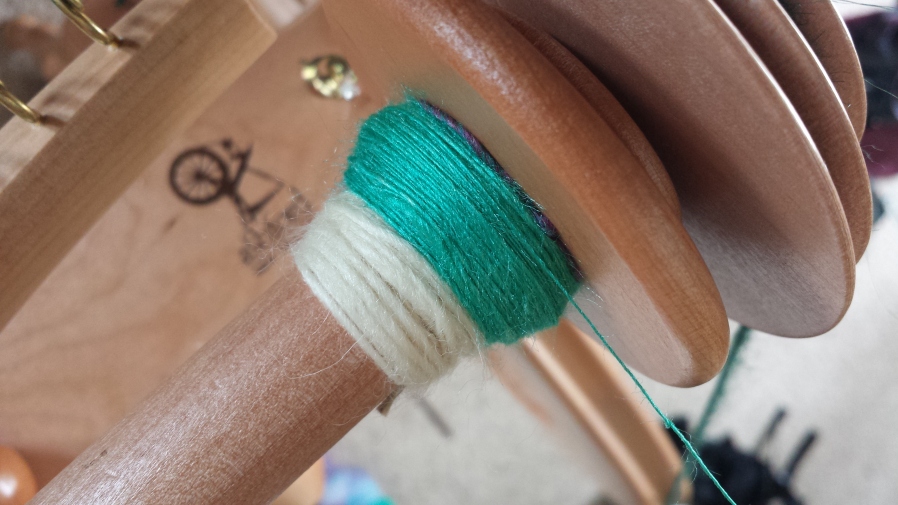 In retrospect, this was due to some acid dye solutions that weren’t nearly concentrated enough to get the level of saturation I was after but I was pleased with what I ended up regardless. This is one thing I love about painting yarn, you’re never entirely sure what you’re going to get and usually, the surprises are the best ones. I think the only disappointing batches I’ve ever had are with reds that have come out looking very intestine-coloured… 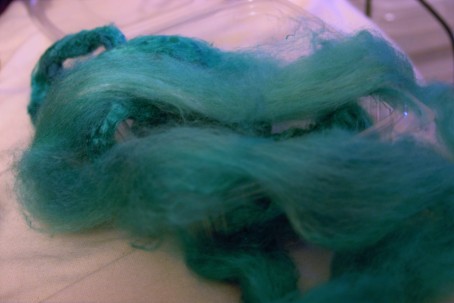 Lots of treadling, a snapped drive band, a few tangled incidents later, I had some nice, plied silk ready to come off the bobbin. I’d managed to slightly misjudge the amounts when spinning up the singles so I still have a bit of one left over which I might use to practice some Andean plying on.

All looked well until I was taking the skein off the niddy noddy when the true nature of the beast decided to reveal itself. The yarn was a bit less balanced than I’d hoped and a bit much twist in the singles meant it was very, very lively. 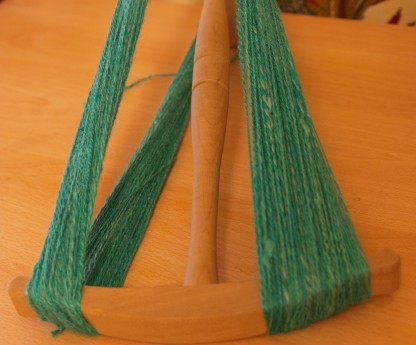 In terms of technical proficiency, it’s really not the best yarn I’ve ever spun. The twist is probably best described as excessive and one skein is definitely unbalanced. It’s more uneven in terms of thickness than I would usually tolerate and there are a few patches of fibre that don’t even look like they’ve even seen the spinning wheel.

Despite all that, there’s something about this handspun that I really like. All the subtle colours in the top look awesome in the final yarn and I actually really like a lot of the variation as well. Art yarns are something I never understood when I first started spinning. Why on earth would you want these weird and wild, thick and thin things? I still don’t quite understand what you’d use the more extravagant art yarns for but I’ve really come to appreciate handspun that looks like handspun yarn. While millspun definitely wins the predictability battle, handspun can be so much more than just an interesting carrier of colour.

The pattern I have planned for this one is Megan Goodcare’s Oaklet Lace Shawl. I needed something that would be fairly forgiving of an uneven yarn and not too complex to knit, as well as being easy to adjust because I’ve not recorded the meterage of this yarn as precisely as I should have done. It’s something around 500 m? 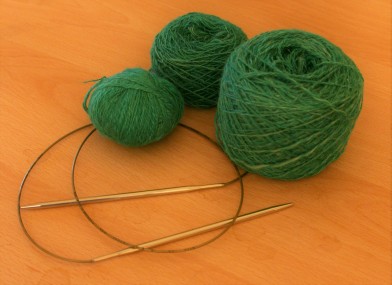 It’s interesting to see how my tastes have changed as I’ve been able to see more possibilities with crafting. My love of lurid colours remains very much intact but I’ve come to appreciate things like mixed media textiles a whole lot more, as well as the beauty of some techniques like blackwork embroidery. I think a lot of it has come from learning exactly how certain things are constructed and being able to enjoy figuring out the process of how something was made as well as ‘does it look nice’. Where do you think your tastes have changed most as you’ve evolved as a crafter?

8 thoughts on “The Sea Monster”