I mentioned a few weeks ago how Bluprint, formerly Craftsy, had gone under, with a not insignificant number of jobs to be lost and plenty of panic about how people who had paid for hundreds of hours of video content were going to be able to access what they had been promised a ‘lifetime’ subscription too. Well, since then it seems there have been a few twists and turns in the story! 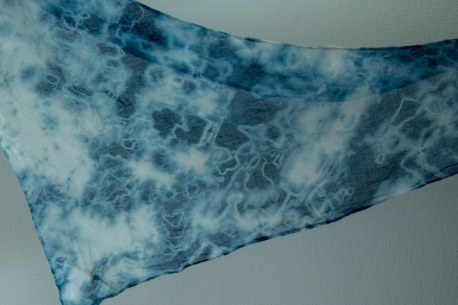 After a great deal of silence from the original Bluprint team as to their proposed solution for downloading hundred of gigabytes worth of video to save for later, an announcement on the website stated that Bluprint would be taken over by TN Marketing with the following important statement…

“Our friends at TN Marketing have acquired certain assets of the Bluprint business, and the Bluprint and TN teams are working together to ensure a smooth transition. As part of this transition, TN Marketing has agreed to honor previous customer purchases for classes and subscriptions and will preserve your access to Bluprint content.”

Perhaps there is some hope that TN Marketing will perhaps have a little more sensitivity towards their given audience as they are already involved with the National Quilters Circle video content. On the Bluprint website the following is listed…

“TN Marketing, is a Minneapolis-based global online video subscription and streaming business. You may be familiar with some of their brands such as National Quilters Circle, National Sewing Circle, Outdoor Photography Guide and Woodworkers Guild of America. TN Marketing has more than 20 years of experience creating content and communities that help engage people with their passions.”

The next twist in the tale is though, that it isn’t just that Bluprint has been saved, it’s due to be resurrected as Craftsy. TN Marketing is claiming the following…

“This is Cal Franklin checking in again with great news! You, the Bluprint/Craftsy community, have spoken and we are listening. You want a return to Craftsy, so let’s bring back the Craftsy brand!”

From 1st September, Craftsy lives! The question we’ll all be asking whether we’re going to be looking at a reanimated Bluprint, heavy on the subscription model and flooded with vacuous fluff content, or back to serious, high quality videos with respected instructors.

However, regardless of what happens in terms of the creation of new content, it is great that on paper all existing purchases will still be valid and downloading and backing up content won’t be my problem. The other big question will be how content creators are treated – apparently this was another aspect that took a nosedive after the original Craftsy site was taken over and the potential revenue and treatment left a lot to be desired compared to the experience Clara Parkes describes in Knitlandia.

I think this is ultimately good news. Whether I will end up investing another pound in the new Craftsy when it launches we will see. I hope there isn’t another mass shedding of content when Craftsy is resurrected because an awful lot of classes, in particular the Great Courses (one of the few things that felt more affordable on a monthly site subscription). Only time will tell though! Hopefully they don’t take their pricing model after Masterclass though, a ‘learn all sorts of stuff’ site featuring famous people.

The new Craftsy is also going to have its work cut out for it though finding ways to restore some of the confidence of customers who’ve been shaken by the seemingly sudden disappearance of the original Bluprint. Some of their slightly irritating date restriction around when class vouchers could be redeemed have left a lot of people with codes that can’t use and, while it’s one of those ‘well, we told you when you got them they would expire’, it’s inevitable people will forget and feel somewhat duped when they can’t use them.

It’ll be interesting to see what the successful model of online courses is going to look like. The Royal School of Needlework is finally ploughing into online teaching in a big way, extended their range of self-paced online courses. I am eyeing up that goldwork and silk shading butterfly with some longing but at £150 (which I presume covers the kit? It’s not actually clear from the price breakdown but says so elsewhere on the site…) for four hours of video material that you have a year of access to… This feels a bit steep. On  the other hand, I think many of the Craftsy videos were probably too cheap to be viable.

Making high quality videos does take a lot of time and investment in good kit in terms of recording and lighting equipment, plus the skill and experience of the teacher. Editing takes time, and needs a decent amount of computer processing power, and so on balance, the RSN’s price is probably fair. However, while I absolutely would pay that for day class and kit… I still have some reservation about whether it is worth it for the online offering. It’s interesting that even as someone who knows full well what a pain it is and how time consuming it is to create engaging online education materials, I still seem to have this prejudice that online learning is worth ‘less’. Maybe there’s an argument about getting individual feedback, and the fact an in-person course means an inherent limitation on number of spaces. For me there’s definite an ‘experience’ aspect of going somewhere, disappearing from the world and meeting new people as part of the day class series.

How about you, dear readers? Are you going to be opening your wallets and flinging your credit card details in abandon at the revived Craftsy? Or are you still sore by finding out ‘lifetime’ access to digital data is apparently shorter than a human lifespan? Who is offering online classes you like?